Security is integral to any dwelling, and it is important to get the right kind to ensure safety and protection. Choosing correct accessories can be quite troublesome, especially if you have a large list. Save time and energy by getting all your shopping done at Buildworld. Here you will find a large selection of brands from established makers and that too, at amazing prices. 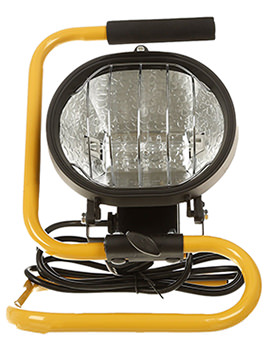 Conventional lighting is in itself dynamic and requires proper study of an area before it can be implemented. But, when it comes to security, the matter gets technical and requires expertise for fitting. Security lighting is not just about illumination, but also of protection, preventive measures, and alarms among other factors.

Security lighting will consist not only of lights but also sensors, protective coverings and alarms. Many people prefer lights on at night for a sense of security, but these can be counter-productive to a restful sleep. In such cases, you can have timers to turn off lights after a certain period. Such timers are also useful when a dwelling may not be occupied for long periods of time, as during vacations. Timers will switch on and switch off lights at periodic intervals to create an impression of activity within.

More sophisticated security lighting comprises of protective and alarm components. Residents of a home or a building could install lights along the periphery for illumination against intruders. Such a system may contain sensors that would detect the slightest movement. Sensors can also be touch activated and placed along boundaries or fences. There are also alarms that get triggered by these sensors and in turn set off any number of protective measures, as chosen. Alarms can turn on full lights, set off loud siren-like sounds and send instant messages to the nearest police station. Alarms can also be configured to shut down protective screens or lock all boundaries. A part of security lighting also extends to light switch panels and meters. These are also protected with code enabled panels or break-proof openings.

Security lights mostly include high-intensity discharge lamps, as these are best for night use and also cost-effective in terms of energy savings. Low-pressure sodium vapour lights are also used, along with incandescent bulbs, as these light up instantly, in the case of alarms being set off.

Compare Now
You have reached maximum