The growing popularity of metal and shingle roofing means that many homeowners have a hard time deciding between the two. Both types of roofing have their pros and cons, so if you are faced with a choice between them, you should compare them and then choose the material that has the most pros for your circumstances.

To make it easier for you, we’ve put together a comparison of metal roofing with shingle roofing in which we list the pros and cons of both materials.

One of the biggest benefits of metal roofing is its remarkable longevity. The average lifespan of a good-quality metal roof that is well-cared-for is approximately 60 years. However, there are a few examples of roofs made of zinc and copper that are older than 100 years.

Of all roofing materials, metal is one of the lightest in weight, although the weight does depend on the type of metal used. On average, aluminium weighs about 23kg per square, while steel weighs between 45kg and 113kg per square.

Another pro of metal roofing is it is environmentally friendly. It’s recyclable, and it’s often made from recycled metal. What’s more, it’s energy-efficient – and its energy efficiency can be increased with good insulation.

Finally, metal roofs are durable, even in extreme weather. They are fire-proof, leak-resistant, and they have good resistance to wind.

One of the biggest cons of metal roofing is its appearance. It is not the most attractive of roofing options, and it is often viewed as rustic or rural.

Another con is that metal roofing tends to be more expensive. That said, most of the cost is recoverable, which is not the case with many other types of roofing.

Lastly, some types of metal roofing are known to expand and contract quite dramatically, especially if not installed carefully. This can impact its resistance to leaks.

One of the biggest pros of asphalt shingle roofing is the low cost, which can be a boon to owners of entry-level homes. Another pro is that, after having been used for more than a century, the material is familiar to many people.

Shingle roofing also has a proven track record while requiring a minimum of maintenance. Some, but not all, the shingle has a Class A fire rating.

One of the biggest cons of shingle roofing is its lifespan. With maintenance and deck ventilation, most asphalt shingle lasts between 20 and 30 years, and it then needs to be replaced.

Another con is the durability of shingle roofing in harsh climates. Its resistance to the wind is relatively good, but it can suffer considerable damage when it hails. The material also can be damaged if water pools and then freeze in nooks and crannies. What’s more, limited sunlight can lead to the growth of algae, mildew, and moss on the shingle, which can decrease its longevity.

The weight of shingle roofing is a con. Basic shingle can weigh 45kg per square, while architectural shingle that is textured or laminated can weigh as much as 227kg per square.

Lastly, shingle roofing is not eco-friendly. The material traditionally has been treated as unrecyclable, so as much as 5,896,700,810kg of the stuff ends up in landfills around the world every year. The industry is trying to change that, and in some places, old shingle roofing is being used in roadworks and as ground cover. 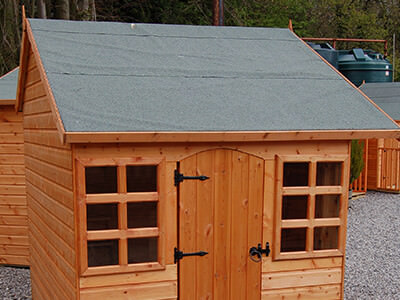 How To Felt A Shed Roof 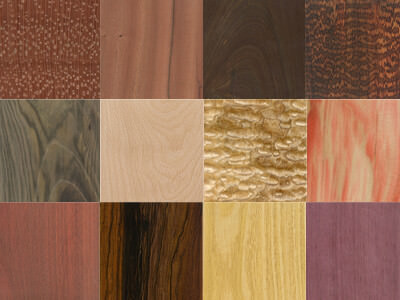 Types of Wood Hardness and Their Ideal Uses