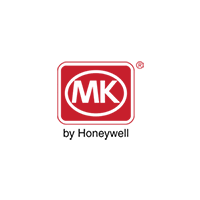 MK Electric – Proudly Serving Britons Since 1919. A great deal happened during the summer of 1919. Not only did British aviators John Alcock and Arthur Brown successfully complete the first direct transatlantic flight, but it was also the summer that would witness the humble beginnings of a little factory in Edmonton, London, started by Charles Arnold and Charles Belling and called the Heavy Current Electric Accessories Company. What would later become Honeywell’s MK Electric had started out as a pair of second-hand lathes, a drilling machine, gaslighting and of course, a pot of tea.

As for the origins of MK in MK Electric, this bears reference to a patent filed by the brothers during that same year. MK’s Multy Kontact Socket would later on during that same year be declared the new standard by the British Engineering Standards Association (BESA). Today MK Electric continues in the spirit of true pioneering, and even though the industry giant is powering connections the world over, the company remains most proud to be called the UK’s leading manufacturer of wiring devices.

Entry-Level To Specialised – MK Electric Does It All

MK Electric is right at home being part of the Buildworld family and you will find an entire range of the wiring specialist products in our store. Whether you’re in the market for MK Essentials, a range of lower-priced essential ‘fit-and-forget’ screwless wiring accessories, or looking for a cable management system, Buildworld stocks it all.

MK Electric practically invented the art of cable management and Buildworld stocks everything from equipment used in Perimeter and Distribution to Conduit and Mini Trunking to Alarm and Communication Trunking solutions.

Looking for a power distribution system that is fully customisable? Look no further than MK Electric’s superb range of raised floor systems, overhead systems and screed floor systems. Best of all is that you’ll find it all under a single roof at Buildworld.

Find The Solution At Buildworld

Here at Buildworld it makes no difference whether you're interested in buying an item as simple as a power socket or a system involving intricate wiring and power distribution components. Professional tradesmen or hobbyists, all our customers are important to us.

Ready for a trip to the store? Then be sure to come to meet a customer support team eager to advise and assist. Prefer staying at home? Not a problem either, as you’ll find everything you need simply by browsing our online store.